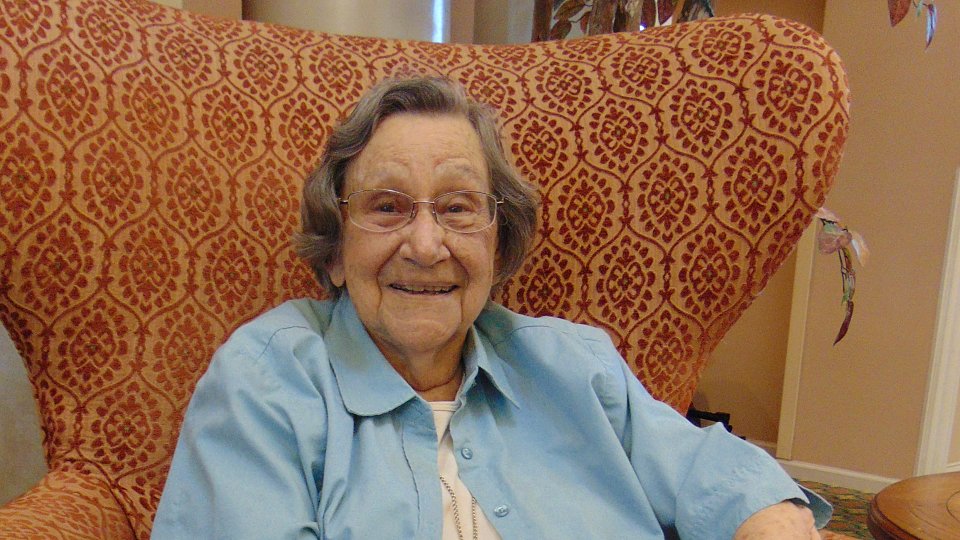 Connie Dickinson is preparing to celebrate her 101st Christmas. A resident of Calder Woods in Beaumont, the centenarian still finds joy in each holiday season, and her bright-eyed smile proves it.

“I think joy at Christmas comes from other people and seeing how happy they are,” Dickinson said. “Especially here at Calder Woods. When my friends’ children and grandchildren come to visit, they’re so happy! And that makes me happy too.”

Dickinson never had any children of her own, but fondly remembers Christmases as a child. She grew up in Memphis, Tenn., alongside her three brothers and three sisters.

“We were all good children,” she laughed. “It’s hard to remember back that far through all the Christmases I’ve celebrated, but the ones I remember best are the ones when we were all together.”

Through the years, Dickinson says she’s seen a lot of change in the way we celebrate the holiday.

“I don’t think Christmas means the same to people as it used to,” she said. “When I was growing up, we were all so excited about Santa Claus and all the festivities. But now kids get everything they want throughout the year, so Christmas isn’t as special.”

Dickinson herself values giving back to the community during the holidays and year-round. Two days a week, she drives herself to Baptist Hospital Beaumont where she’s been volunteering for nearly 30 years and has completed a total of more than 15,000 service hours. In August, she was recognized as one of five finalists for the TexanPlus Champion Competition, a contest that recognizes senior adults for their contributions to the Southeast Texas community.

This year, Dickinson will celebrate Christmas at Calder Woods alongside friends and neighbors. Her favorite part of the holiday season? Going to church for Christmas services.