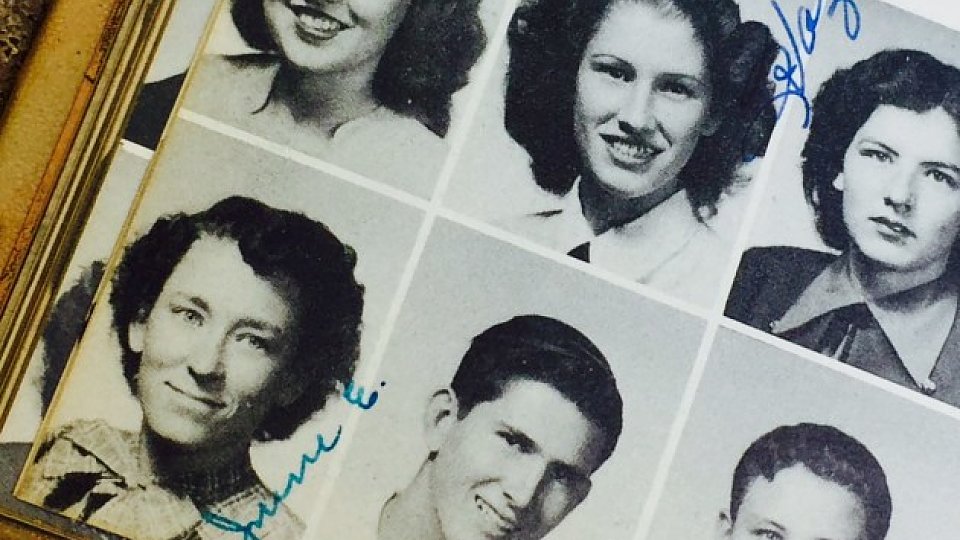 June Heck and Peggy Terell Tooker graduated from Lubbock High School in 1948. They were just acquaintances, nothing more. But 67 years later, June sat next to a very surprised Peggy during a Baptist Retirement Community chapel service and re-introduced herself. Now, the pair’s friendship has blossomed.

“Peggy was outgoing and involved in high school, and not much has changed since she moved to Baptist Retirement Community,” June said. “It’s funny how people stay wired the same way after all these years. Except now instead of chemistry groups, she’s leading bridge clubs!”

The two connected right away talking about former teachers and classmates, and browsing their old yearbooks. June even showed Peggy where she had signed her name. Since that initial meeting, their friendship has deepened. They’ll sit together and visit before church – sometimes after – and talk about books, life and upcoming events. Oftentimes, they recall how different things were in high school.

“There was nothing I wasn’t involved in,” laughed Peggy. “I was a nerd, but that’s not the way June remembers me. She recalls me being popular, but I think a lot of people simply knew who I was because I was involved in a myriad of recreational groups and activities. When she introduced herself to me that morning before the service started, I could hardly believe it. It’s funny that we are now true friends after all these years.”

“I knew more about Peggy than she knew about me,” June said. “We talked some during school, but Peggy talked to everyone, so it’s no surprise she didn’t recognize me after all these years. I’m naturally a relatively quiet person, so I ended up joining just one club, the TNT Chemistry Club. That’s how I came to know Peggy. Once I became acquainted with her, I saw her name everywhere.”

June originally lived at Baptist Retirement with her sister, who later moved to Albuquerque. Now, Peggy is her closest thing to nearby family. The pair does things together during the holidays and regularly attends activities and around the community. Peggy also shares her large collection of books with June.

“I am thankful for June’s friendship because she is a good friend, and it’s nice to have somebody from back home to visit with,” said Peggy. “We both have cats, and when I go out of town to visit Lubbock or my family, she is always very sweet to check on my cat when I am away. You might call us cat ladies at this point in our lives. It is a funny coincidence that we both ended up in San Angelo at the same senior living community.”

It doesn’t always take a high school reunion to reconnect two former students. It simply takes a small-world coincidence to bring together people that share a connection from their past. June and Peggy still think it is funny that they decided to retire in the same senior living community, and they are equally thankful for each other’s friendship.

“Sometimes a big world can feel really small,” said Quinda Feil-Duncan, executive director of Baptist Retirement Community. “The coincidences we experience never cease to amaze us. It is heartwarming and astounding that June and Peggy went to high school together back in 1948 and have been reunited after all these years. We love seeing new and renewed friendships grow within the Baptist Retirement Community campus.”