As a die-hard baseball and Astros fan, Shirley was shocked and excited to see one of her favorite baseball players walk through the door to wish her a happy birthday. 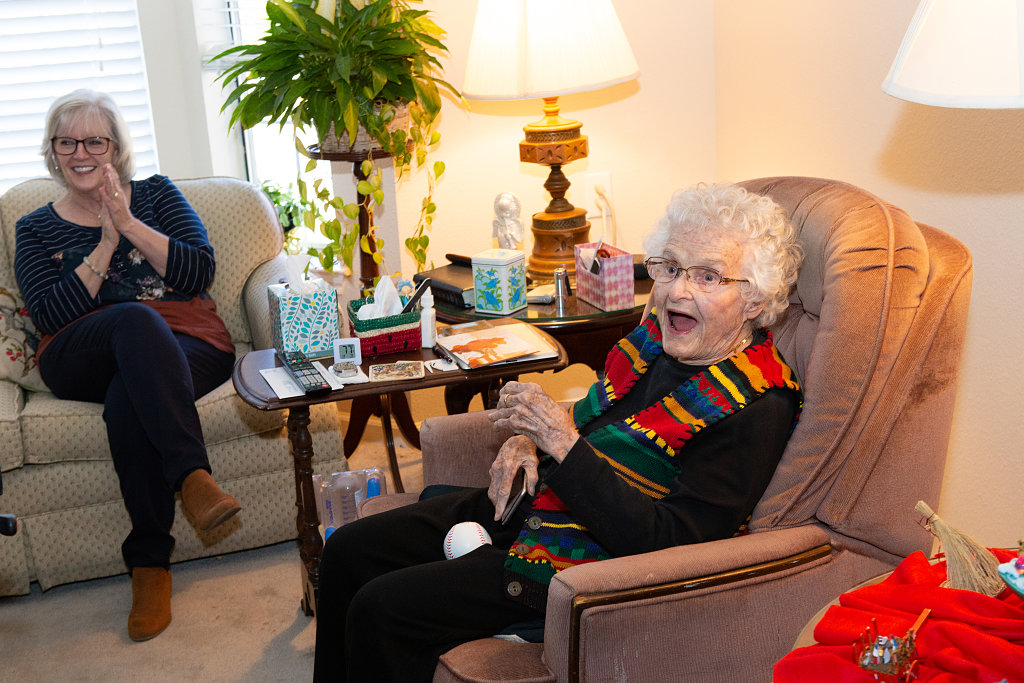 Prior to living in Houston, Shirley and her late husband, Charles, worked as missionaries, which included more than 30 years in Venezuela. She fondly recalls her time there ministering to those in need and forming lifelong bonds with some of her best friends. One of her favorite memories was watching Venezuelan children play baseball in the street with a homemade ball and broomstick.

Because of those treasured memories, Shirley’s favorite players on the Astros are Venezuela natives José Altuve and Robinson Chirinos. She watches as many games as she can, whether at the stadium or on TV, and her friends at Parkway Place know to come to Shirley for scores and stats from the previous night.

News of Shirley’s birthday and her status as a superfan reached Altuve, who was especially touched by her work as a missionary for more than 30 years in his home country of Venezuela. Altuve surprised Shirley in her home and gave her an autographed baseball as a birthday gift. 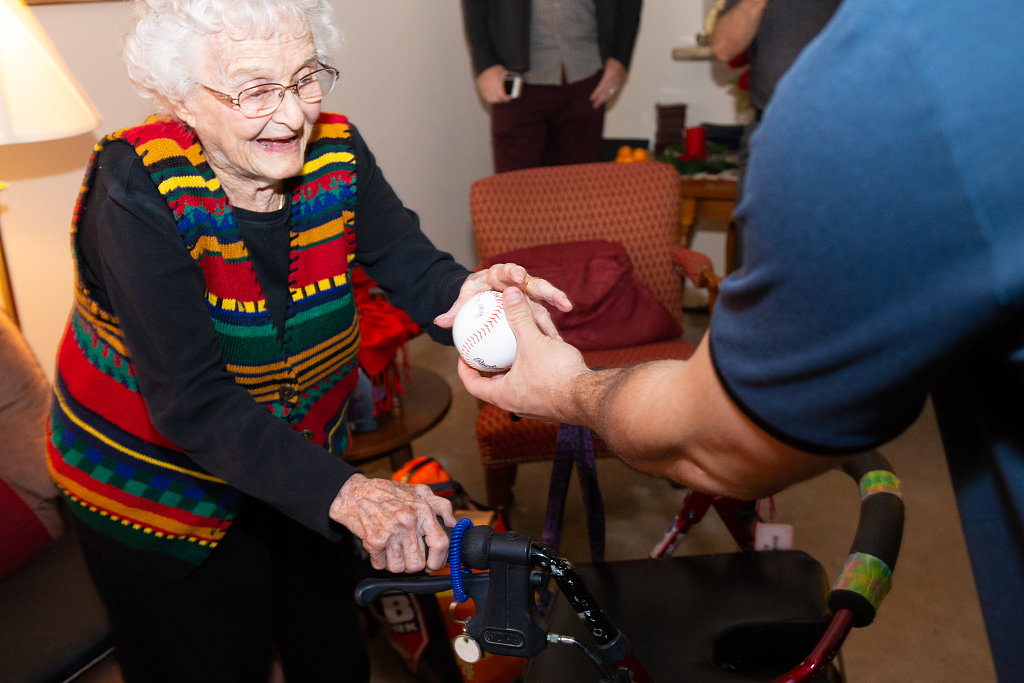 Conversing in both English and Spanish, Altuve and Shirley talked about her time living in Venezuela and what it was like for Altuve growing up there. She introduced him to some of her children in town for her birthday, and Altuve even did a video call with his wife and daughter so they could wish Shirley a happy birthday as well. When their conversation turned to the Astros, Shirely showed off her knowledge of player stats. 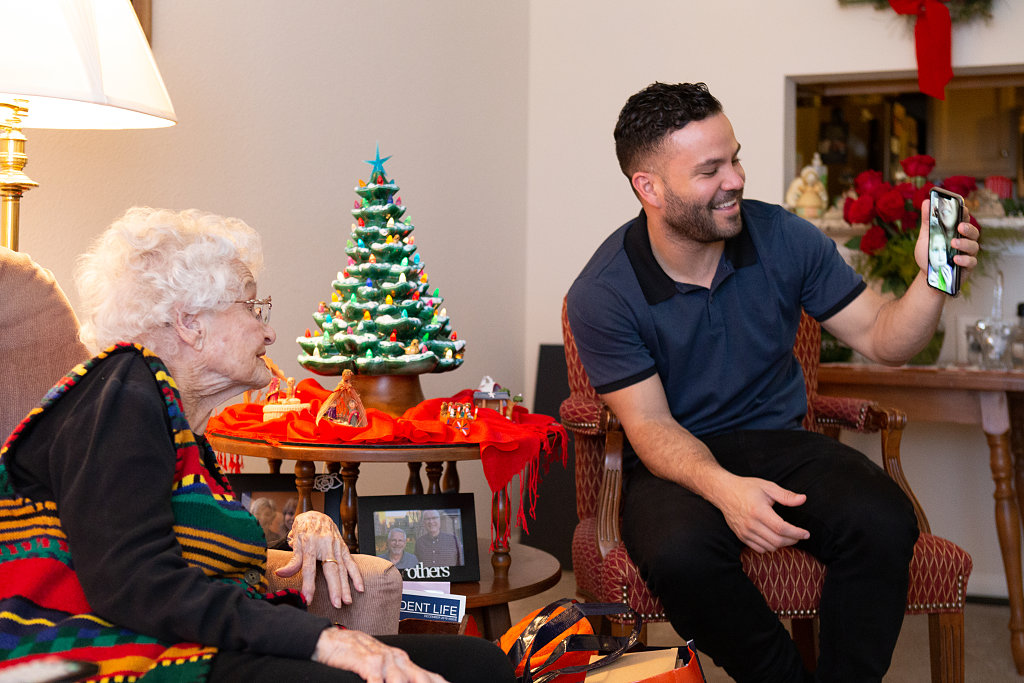 Enjoying life, eating right and staying active are what Shirley credits as her keys to a long life – that and getting out to the ballpark whenever possible.

Earlier in the year, Shirley was one of 14 Parkway Place residents that posed for portraits by photographer Mark Sandlin as part of the community’s new campaign, “Life, Experienced.” The campaign captures the varied interests and passions of residents, which is why Shirley decked herself out in her Astros apparel and modeled in front of the Astros’ Minute Maid Park.