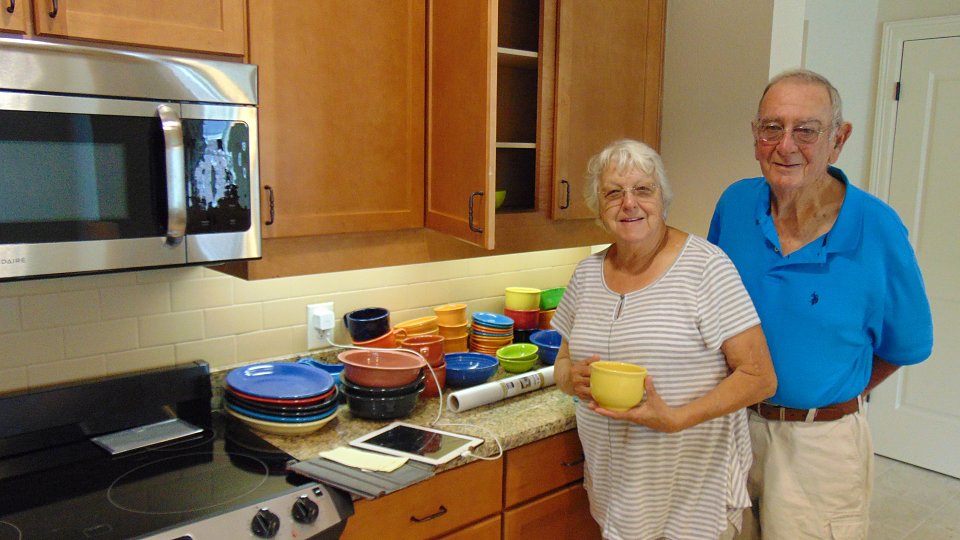 Living in Southeast Texas for over 60 years, Ronnie and Sherry Adams thought they had seen it all. Hurricanes were no surprise, and the couple had become accustomed to preparing for them. So when Hurricane Harvey hit in late August 2017, the couple didn’t expect anything out of the ordinary.

“We thought we’d just put things up high enough that everything would be alright, and it wasn’t,” Sherry said. “The water came within a foot of our ceiling.”

Former volunteer firefighters, Ronnie and Sherry were skilled at handling stressful, and sometimes disastrous, situations, but nothing could have prepared them for this kind of devastation.

“All of my children and grandchildren came to help us. My grandson said, ‘Granny, you have got to leave now or you’re not going to be able to get out,” Sherry recalled.

After they evacuated, the couple was forced to wait five days for the water to recede before they could get back into their home. They braced themselves for the worst.

“All my stuff was ruined … I washed a few clothes and glassware, but Ronnie didn’t save anything,” Sherry said. “I had some things that meant a lot to me. I wanted to save them. Finally, my son told me ‘You’ve got to turn it loose.’”

Sherry remembers repeatedly asking God “Why?” One evening, however, as she surveyed her damaged belongings, she received a distinct feeling of hope.

“I found my mother and daddy’s picture. Then I turned around and there was the most beautiful full moon you’ve ever seen. God was telling me everything was alright,” she said.

After living in temporary accommodations for several weeks, Sherry and Ronnie knew they had to find a permanent home. That’s when they came to Buckner Calder Woods in Beaumont. They toured the senior living community’s new independent living apartments and immediately were sold.

“We came here and fell in love with it. Everybody was so friendly. This was going to be our home. We never looked anywhere else,” Sherry said.

A year later, Sherry and Ronnie are active members of the Calder Woods community, where they regularly participate in community activities and have gotten to know several other members. Sherry is even a community ambassador now and volunteers to help keep the campus beautiful.

“Our kids told us, ‘get out and do something. Don’t just sit around – get involved.’ That’s what we did,” Sherry said.

Though memories of the devastation caused by Hurricane Harvey still cause pain from time to time, the couple likes to remind themselves that the past is behind them, and better days are ahead.

“We’ve had several full moons lately, and I think about that time. It reminds me that God says everything is going to be ok,” Sherry said.