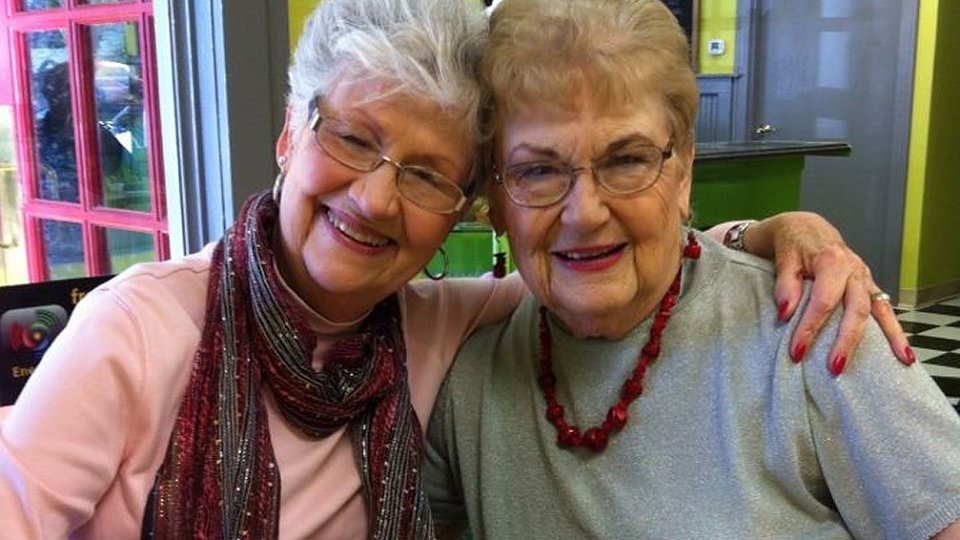 In honor of Breast Cancer Awareness Month, Jerry Jefferson, member of Baptist Retirement Community in San Angelo, TX, shared a little bit of her story with us.

The day that Jerry Jefferson went in for her regular mammogram 25 years ago looked like any other day. Little did she know, a miracle was in the works.

“Miracle” isn’t a word typically associated with a breast cancer diagnosis, but when her physician requested a follow-up mammogram revealing a lump in one of Jefferson’s breasts, a miracle is exactly what took place.

The decision was made to remove the small lump, which turned out benign; however, upon examining the tissue, Jefferson’s doctor found an additional spot which had evaded the mammogram. This time it was cancerous.

“I just praise God for the fact that I had the mammogram because it pointed to one thing and through that, something else was found,” said Jefferson, a member of Baptist Retirement Community in San Angelo. “I didn’t have to have treatment; instead I opted to have it removed through a mastectomy. I just wanted it gone.”

From the first mammogram until the mastectomy, the entire process spanned only a few weeks, but that didn’t make the experience any less unsettling for Jefferson. After all, no one is ever fully prepared to hear this kind of news.

“I was startled when my doctor called me, saying ‘we have a problem’,” she said. “Treatment has gotten so much better, but back then, reports were not always good.”

A 59-year-old at the time with two daughters, Jefferson credits her friends, faith and family to being strong sense of support throughout the surgery and recovery process.

“My husband was so supportive. His first words were, ‘honey that was no big thing anyway,’ and we laughed over that,” she said.

Anyone who has experienced or walked through Breast Cancer with a loved one can attest to the fact that there is no “easy” way. While everyone’s journey is different— each with its highs and lows— the thing that remains constant is the bravery of each woman who has fought the battle. That’s why we recognize women like Jerry Jefferson, who can now share her encouraging story of hope and restoration with others.

“I’m just very thankful,” she said. “I’ve had a close walk with the Lord the whole time- before and after. I think sometimes that makes things easier than if you don’t,” she said.

Her advice to women everywhere: “Be sure to have your mammograms.” 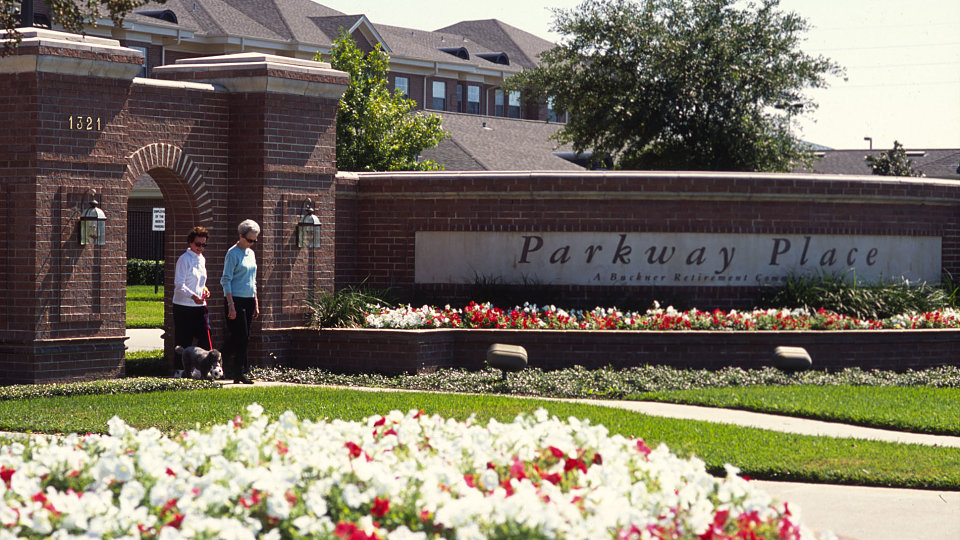 Donna Stadler moved to Parkway Place with her husband in 2010 and would see Jean Hartzell in the dining room and at Sunday vespers. Donna, 88, said they became better friends after her husband passed away and she moved to a smaller apartment two doors down from Jean, 93.

As the two women learned they both enjoyed staying fit, their friendship grew.

“She was an instructor for an exercise class, and I was a physical therapist,” Donna said. “So we had a lot of common interests in fitness and in the wellness center.”

Read more about Donna and Jean’s friendship in the Houston Chronicle. 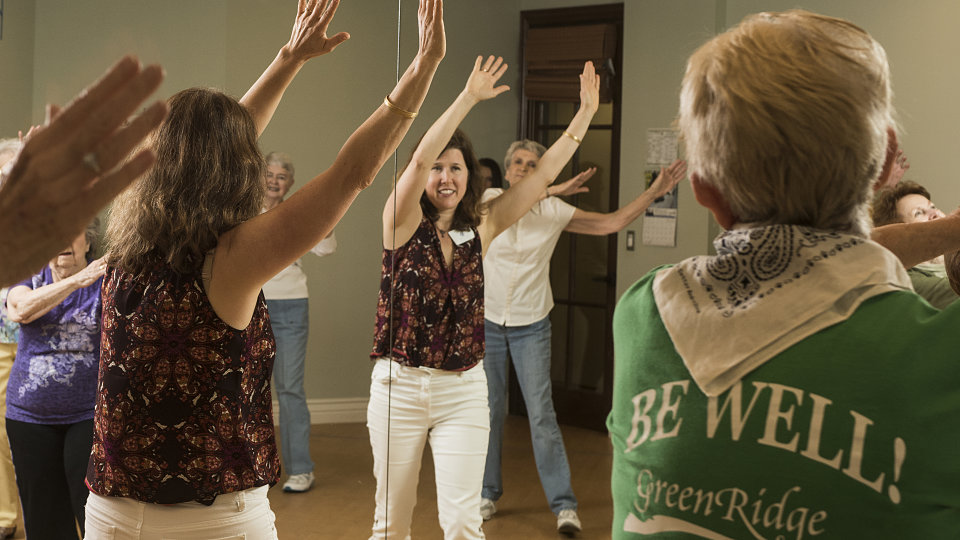 May is National Physical Fitness and Sports Month, and residents at Buckner Villas are as active as ever thanks to wellness director Julia Tavasoli.

Tavasoli leads the Austin senior living community in nontraditional, but popular, exercise classes such as Aqua Fit and Better Balance. Dozens of residents attend each class, including Jim Sadler, 94, and his wife Ann, 88.

“The classes offered here at Buckner Villas are unique because they keep each resident’s fitness level in mind and offer morning and afternoon classes to fit into our schedules,” said Sadler. “Plus, the classes are so enjoyable that sometimes we forget it’s a workout!”

“We want residents to find a class that brings them joy, and so far, that’s exactly what we’ve seen,” said Tavasoli. “It’s rewarding for me to see them benefit from the classes both physically and mentally, especially because these group classes add an element of socialization and accountability.”

Buckner Villas recently completed a $29.8 million expansion which allows the community to serve up to 138 additional seniors. Aqua Fit and Better Balance are part of the growing number of classes held in the wellness center at the senior living community. 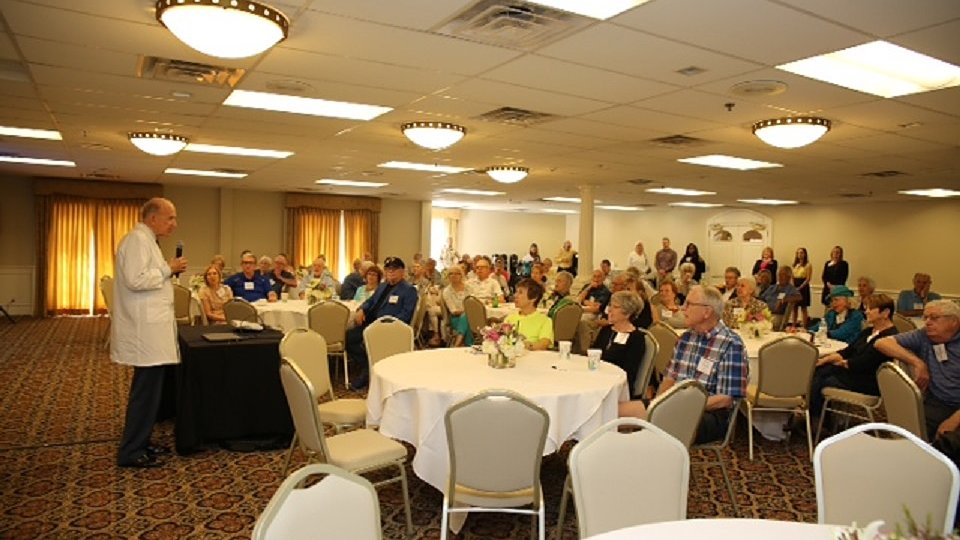 Last week, Buckner Senior Living and Cooper Aerobics announced a collaboration that will bring Cooper experts to the Ventana by Buckner campus in Dallas. In the process of the day, I had the privilege of meeting Dr. Kenneth Cooper and learn more about what sets him apart.

Fifty years ago, Cooper wrote Aerobics, which introduced the world to the benefits of aerobic workouts. Prior to the book, many people were discouraged to exercise after the age of 40 as experts believed it would shorten a person’s lifespan.

When Cooper’s book not only contradicted the contemporary thought, but put forward the notion that regular exercise would actually prolong health and lives, he was called a crackpot. Potential patients were steered away from him. But he stuck it out and his theories have proven true.

He’s revolutionized what it means to be healthy as we age. He’s even proving it day after day personally, having run more than 38,000 miles at the age of 87. His concepts have helped popularize the notion of each person needing to walk 10,000 steps daily. He trained a World Cup team. He has promoted healthy living around the globe.

And all that has led people to live far different lives than they once believed possible.

That struck me as extremely similar to what we do through Buckner Family Pathways and Family Hope Centers: Change individual’s and families’ perceptions of themselves and empower them to live lives they didn’t think possible.

Like Cooper’s efforts, the work of changing someone’s long-held beliefs is difficult. But just like the good doctor, we have examples we can point to where lives have been transformed. Single parents who have graduated from college. Families that are strong and raising amazing young people. Cycles of poverty that have been broken.

The impossible is possible – even in your life.

Do you believe it?

Truly I tell you, if you have faith as small as a mustard seed, you can say to this mountain, ‘Move from here to there,’ and it will move. Nothing will be impossible for you. –Matthew 17:20