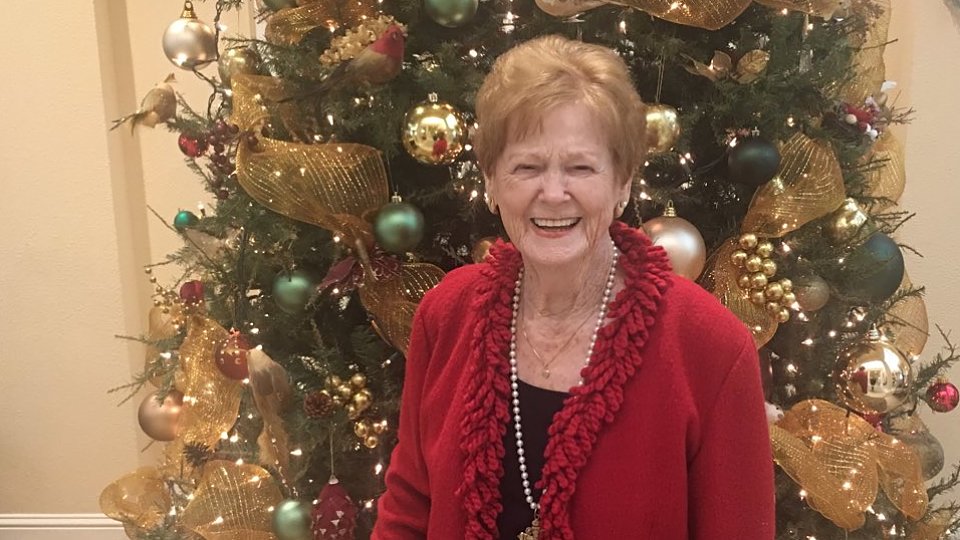 Billie Selke is preparing to celebrate her first Christmas at Parkway Place, a Buckner senior living community located in the heart of Houston.

But this won’t be Selke’s first Christmas under a Buckner roof.

At age 8, Selke, now 87, moved to Buckner Children’s Home in Dallas after both her parents died of tuberculosis. Her two brothers were placed with family members. Selke, the oldest, stayed at Buckner until she graduated high school in 1947. Every Christmas she remembers as a child was spent with her Buckner family—the 600 other children who called Buckner home.

“Each child was in awe of Christmas at Buckner,” Selke said. “People were so kind and generous. They made sure every one of us had a special holiday. We even had Santa come!”

Selke remembers these Christmases as simple, but special. Each child received what they called “strings”: wrapped packages tied with tiny strings. Whether dolls or games or books, each child received a gift. Not much, but enough to make them feel loved. One volunteer even set up a movie in the gym each Christmas, a big ordeal for the time. Staff made sure every child had a chance to experience the magic of Christmas.

This year, Selke says, her Christmas festivities at Parkway Place will be just as magical. She’s already enjoyed the musical productions and special Christmas meals hosted by the Parkway Place staff.

“It’s amazing to be here at Parkway Place and see the continuation of Buckner traditions,” Selke said. “We still have the traditions of the Christmas message and music. I haven’t been here long yet, but I love it already.”

Selke said she’s grateful to Dr. Robert Cook “Father” Buckner, who founded Buckner Orphans’ Home, later Buckner Children’s Home, in 1879. Buckner eventually grew the ministry to further serve the needs of vulnerable children and senior adults, and today Buckner International operates ministries across Texas and in seven different countries across the globe. The organization, Selke said, has had tremendous impact on her life.

“I never knew him, but I’m immeasurably grateful for all he did,” Selke said. “I never thought I’d be back at Buckner, but it touches my heart to be here. I look forward to my future at Parkway Place.”