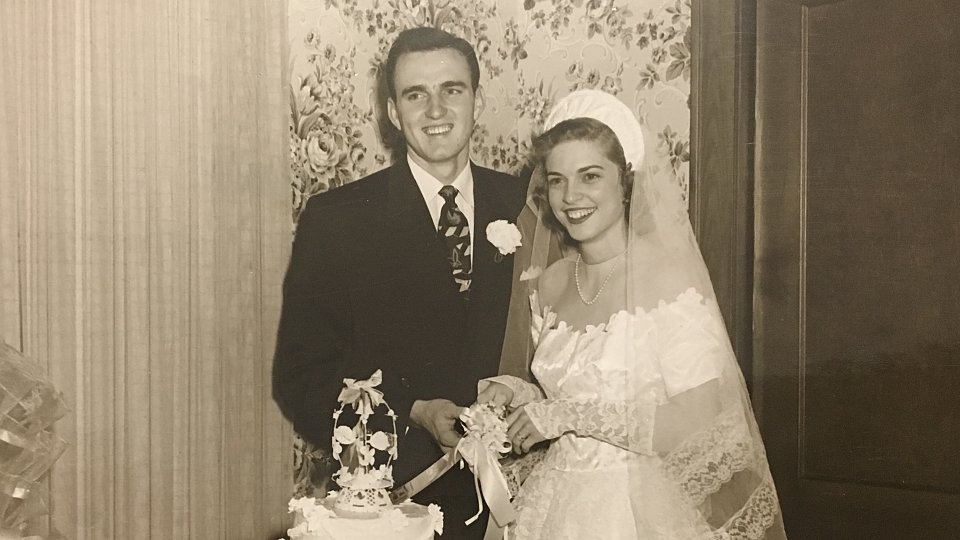 Studies show that laughter stimulates vital organs, releases endorphins and reduces stress.  And according to Carroll and Lewan Harris, laughter may also be a key ingredient for a long and happy marriage.

“I like her because she still laughs at my jokes!” Carroll said.

The two have been happily married for 66 years.

LeWan was born in Mineola, Texas, while Carroll was born in Eureka. The couple didn’t cross paths until they were attending Lon Morris College, a private Methodist college in Jacksonville, Texas. They officially met at a Methodist Youth district conference.

“I noticed her because she and her friend Peggy Crowder talked so much,” Carroll said with a smile.

“He was also quite the crooner in the school choir,” she remembers.

“Our families had moved to Longview, so I gave LeWan a ride to see her family and meet my brand-new baby brother.  It only took her about two weeks to get the handcuffs on me from there,” Carroll laughed.  “It didn’t hurt that she was voted Most Gorgeous at Lon Morris and was also a beauty queen in her sorority.”

Carroll and LeWan were married on February 11, 1951, after transferring to Southwestern University in Georgetown. Carroll’s father, a Methodist pastor, performed the ceremony at Wesley McCabe Methodist Church in Longview.

Money was tight, so the lovebirds planned for a one night honeymoon in Shreveport before returning to their marriage apartment in the GI barracks at Southwestern. But the winter weather had other plans.

“When we woke up that morning, we were completely iced in; the dang door was frozen shut!” Carroll said with a grin. “But you know, it did not bother us a bit. We just went back to bed and got to have a two-day honeymoon instead.”

The Harrises have lived through many seasons together, including Carroll winning a Purple Heart for his service during the Korean War. He worked as a lab director, had his own sporting goods store, became a house and apartment builder, and ultimately became a successful real estate developer in Longview.

“Looking back on it, I think it worked because I never told him ‘no’ when he wanted to try new things,” said LeWan.

LeWan enjoyed working as a teacher at First United Methodist Church in Longview, and also serving on the School for Little Children board. They raised four daughters, and now have six grandchildren and five great grandchildren.

Carroll and LeWan are Buckner Westminster Place’s February residents of the month.