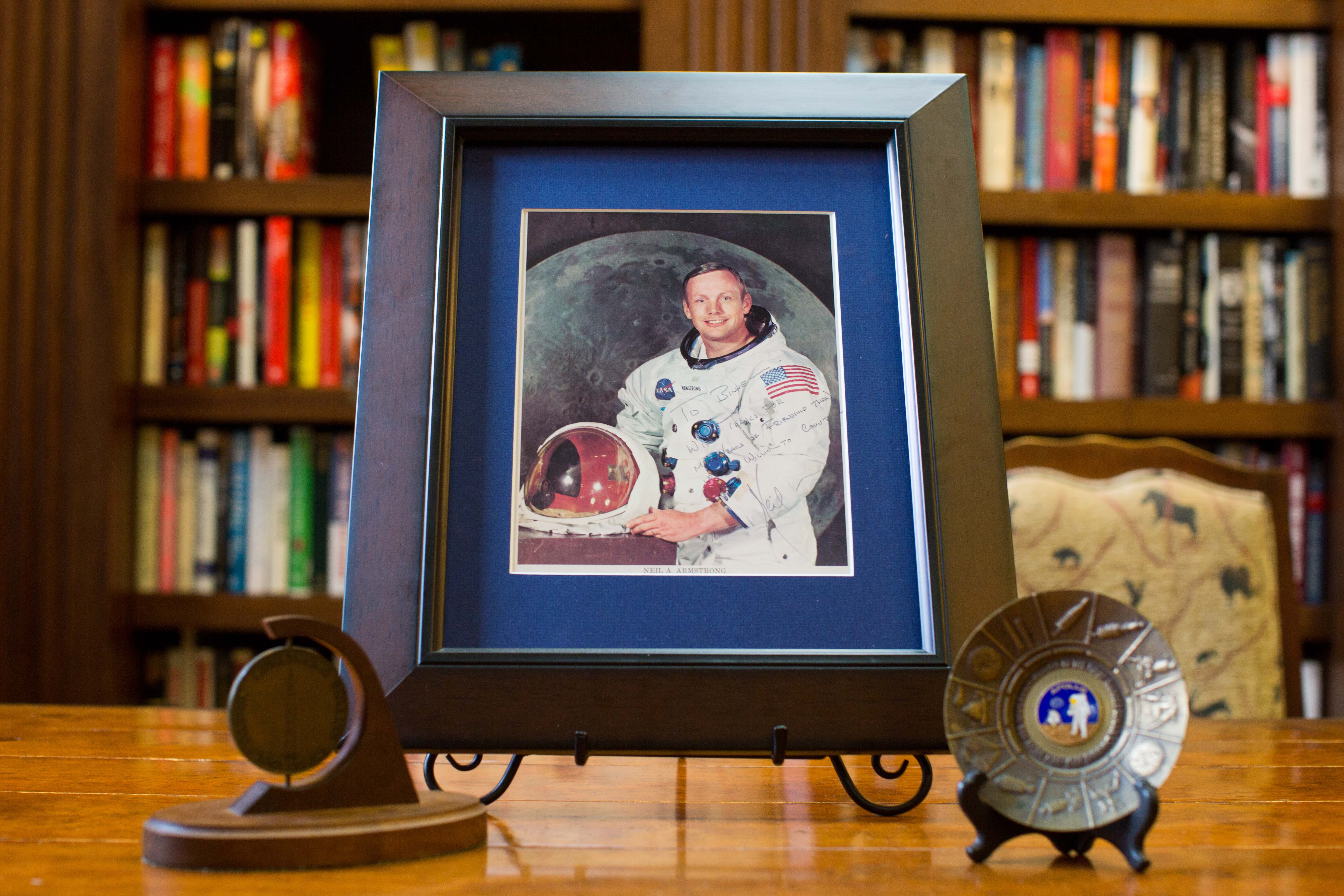 On May 25, 1961, President John F. Kennedy stood before Congress and called the country to a monumental task: “I believe that this nation should commit itself to achieving the goal, before this decade is out, of landing a man on the moon and returning him safely to Earth.”

He might as well have been speaking directly to Billie Schmidt. She was moonstruck.

“I decided, oh gosh, NASA, that sounds good,” she said. “So I immediately went and got a civil service application and filled it out and attached copies of job descriptions and awards, and all that sort of thing that I had gotten through my career with the Air Force, and shipped it off to NASA. And I got a call that asked, ‘Are you interested in working for NASA?’ And I said, ‘Yes, sir.’”

In many ways, becoming the assistant to the associate director of NASA defined much of Schmidt’s life. Working for NASA was everything many people dream it is: riveting, challenging and incredible.
The team was driven by pride – their own and for their country. The Russians had beaten the United States into space. NASA was determined to put the first person on the moon. They were the best the country had to offer, each making the others better every day.

“You couldn’t wait to get to work,” said Schmidt, who now lives in Buckner Parkway Place in Houston. “We worked day and we worked nights. We worked weekends, and we didn’t care. It was, ‘Get that man on the moon and get him back home safely.’”

Schmidt worked for NASA for more than 20 years, including the entire landmark Apollo program. During her tenure as assistant to the director of NASA, the U.S. launched a series of unmanned and manned missions that continually pushed the boundaries of space exploration.

Schmidt beams with pride as she gracefully and effortlessly recalls details of each mission like she’s sharing a family story over a church potluck. She has photographs and various pieces of memorabilia that marked each effort.

A model of the Apollo 11 moon lander stands out among the items like the mission stands out in Schmidt’s mind. There was no other mission quite like that one, Schmidt recalled.

“It was the first flight I attended at the Cape [Canaveral],” she said. “That was one of the prerogatives. And we didn’t have an up-close seat; we were back a ways, but before you could even hear the rocket, you could feel the ground shaking because, I mean, it was so powerful, that rocket was, it was just shaking the ground where you were standing. And we were – all of us standing there, even my husband, with tears rolling down our cheeks because we were so caught up in it. We were part of something so much larger than we were.”

Neil Armstrong, the first man to step on the moon, remains Schmidt’s favorite astronaut. “He was very quiet, very unassuming, but a marvelous person. He had faith. He had character. He was just everything that you’d want your big brother to be.”

Schmidt worked closely with Armstrong during the Apollo 13 mission, which was forced to cancel its moon destination when an oxygen tank exploded, crippling the spacecraft. The crew and the NASA leadership on the ground scrambled quickly to bring the astronauts safely back to Earth.

“We lucked out that time,” she said. “We were very, very fortunate that those three guys could get into that little-bitty LEM and make their way back to earth. It was a miracle. There’s no doubt about it being a miracle. And there was a lot of praying going on, I’ll tell you, organized and unorganized.”

Still as enthusiastic, energetic and independent as ever, Schmidt now calls Buckner Parkway Place home. Her memorabilia dot her residence, regular reminders of all that she played a part in accomplishing.
In many ways, she’s found the same familial feel at Parkway Place as she did with the staff at NASA.

“I have not met one soul who is not just friendly as anything, would do anything in the world they could for you,” she said. “The staff is magnificent and talented. I mean they put on little plays and skits; they decorate; they celebrate. It’s wonderful; it really is. And you feel like, OK, if I’ve got a problem I can go to one of them and say, ‘I’ve got a problem; can you help me?’”