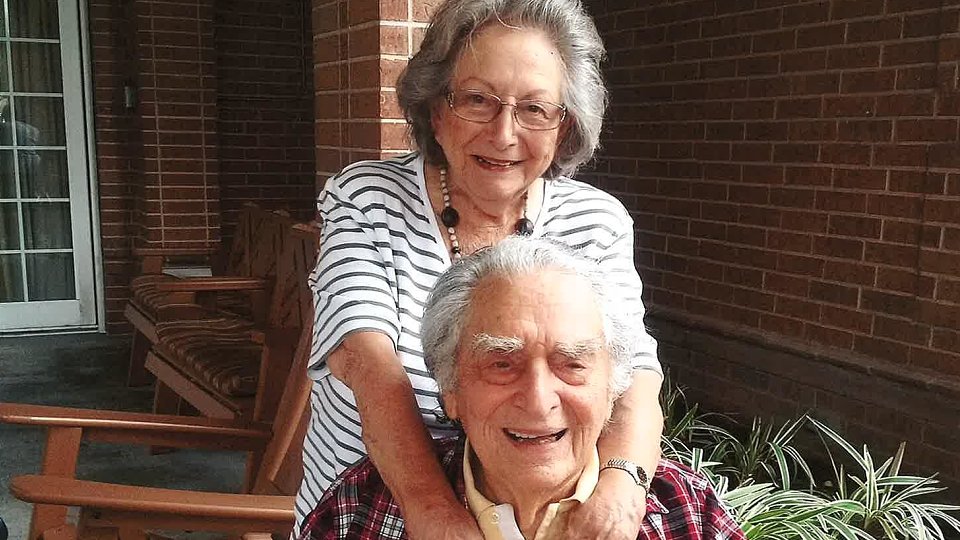 In 1942, World War II was at its peak, a helicopter took its first cross-country ride and Walt Disney’s animated movie “Bambi” was released.

It’s also the year Anna and Sidney Binder got married.

On June 28, 1942, the then 17 and 20-year-old sweethearts tied the knot in Houston. Now, at ages 92 and 95, the couple is celebrating their 75th anniversary at Parkway Place, the Houston senior living community where they live.

The Binders say a lot has changed in the last seven decades, but their feelings for each other have remained the same.

“Love in a marriage is a feeling you can’t describe,” Anna said. “It’s an invisible bond that holds people together. Marriage has its ups and downs, but so does every aspect in life. You can get over it.

We have made our marriage last so long because we respect each other. You should know that neither person is always going to be right and you need to forgive. Never put each other down and never be too busy to respond to each other’s affection. Sid is my soulmate I truly believe that.”

The lovebirds’ story started in 1938. The two met at Anna’s middle school dance. They didn’t go to school together, and she thought he was just another high school guy who wanted to flirt with the younger girls. While she was dancing, Sidney tapped the shoulder of the boy she was with and cut in to dance. She enrolled in high school the next week and walked into her new school to see Sidney coming down the stairs.

The two dated for four years, but when it came to a proposal there wasn’t one.

Anna says she knew they would get married when she graduated high school, and that’s what they did. To pay for the wedding, Sidney’s brother who was in the Navy sent home $150. Anna bought her wedding dress for just $39.

“Our wedding was like a TV comedy,” Anna laughed. “Both of our brothers were fighting as the wedding started because they both wanted their sons to be the ring bearer. One of my bridesmaids stepped on another one’s dress and tore it as she was about to walk down the aisle.

After the ceremony, we started to cut the cake and it caved in because the icing was too hard. My cousin expected us to drive her to Galveston on the way to our honeymoon. To make matters worse, we locked the keys in my father’s car he loaned us and two sailors broke the window to get them. It was a crazy night, but one I will always remember because I was with the love of my life.”

The couple spent their entire married life in the Houston area, where they owned several businesses and raised three kids. They now have 11 grandchildren and eight great-grandchildren, and have called Parkway Place home for more than a year. The community says they are honored to celebrate this milestone with the Binders.

“They have a true love story,” said Darby Askew, director of independent living marketing and sales at Parkway Place. “We are excited to honor this great couple and this accomplishment. You don’t often hear of people being married for 75 years anymore, and it’s beautiful to see the love and admiration they still have for each other after all these years.”