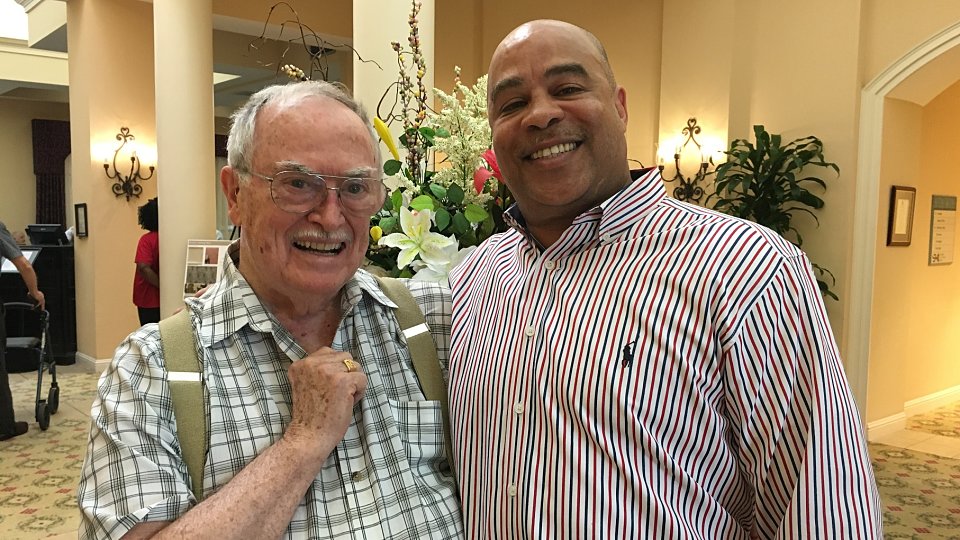 Parkway Place, located in the heart of Houston’s energy corridor, was remarkably unharmed by Hurricane Harvey. Its employees, however, were not. Thirty-one team members of the senior living community lost nearly everything.

To show their support for these affected employees, residents collected donations of money, clothing and cleaning supplies. All told, they raised more than $17,000 to divide evenly between each employee.

“The employees are like family, and we know them personally,” said Paul Smith, a Parkway Place resident. “This wasn’t a time to turn our backs on them and just say ‘God bless you.’ It’s humbling to see their dedication and how they wanted to protect us during the storm.

They showed up each day with smiles on their faces, even though deep down we knew they had a lot going on in their personal lives. I know the amount we gave to them isn’t going to replace everything, but I hope it helps them get back on their feet and have a better outlook on life as they recover from the storm.”

Duane Davis, assistant food and hospitality director at Parkway Place, was one such employee affected by the storm. He lost his home to flood waters and has been living at a hotel with his family, which includes five foster children, in the aftermath.

“The support from residents has been overwhelming,” Davis said. “It motivates me to get up and come to Parkway Place each day. The residents and staff are amazing and you get a true feeling of a family-oriented organization. I am grateful for what the residents have done for my family. I am proud to be associated with this community.”

Many Parkway team members stayed overnight at the community during the storm to ensure residents’ safety. They covered multiple shifts while coworkers were stranded in their homes and even took on roles they don’t normally hold in order to keep the community operating smoothly.

“Our staff went above and beyond to ensure the residents’ needs were met during the storm,” said Susan Phelps, interim executive director at Parkway Place. “We weren’t surprised when the residents approached us about hosting a fundraiser. They appreciate everything the team does and considers them to be family. The storm brought out the best in everyone, and it was truly inspiring to see.”