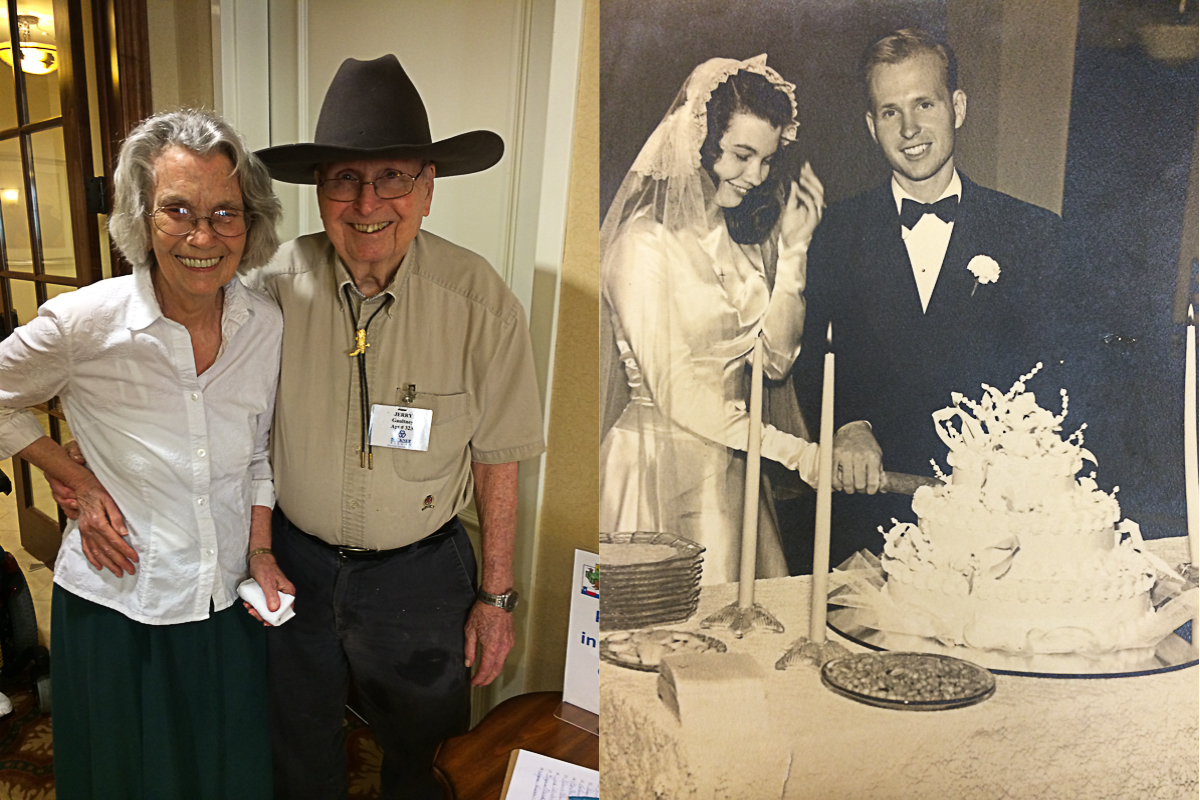 Hollywood paints a desirable picture of what love should be — candy hearts, dozens of red roses, candlelight dinners and walks in the park. But Buckner Villas residents Jerry and Virginia Gaultney, who have been married for more than 66 years, know it’s so much more.

The pair met at a Baptist training union at their church in Birmingham, Ala. Virginia had just graduated from Howard College but Jerry was still in school. They were missionary volunteers at the time and after working together so closely, they fell in love and were married within six months, in 1948.

The Gaultneys said there was no “moment” when they knew each other was the one they wanted to marry. They said their love grew out of mutual respect and serving in the church together, and taking the next step into marriage seemed the only logical next step.

“Jerry made me laugh,” Virginia said. “He was obviously willing to do whatever God called him to do and I felt the same way. He was someone you could count on. He would do what he said he was going to do.”

The Gaultneys were appointed as medical missionaries by the Foreign Mission Board in 1953. They packed up their belongings and their 20-month-old daughter, Connie, and spent 25 years as missionaries in Nigeria.

They arrived in Lagos, Nigeria, on Thanksgiving Day in 1953, when Nigeria was still a colony of Great Britain. Throughout their years abroad, they saw civil war, decolonization, illness and several near-death experiences.

“I almost lost Virginia twice in Nigeria,” Jerry said. “Once with salmonella and once in a wreck. We really feel like God has blessed us and he has opened doors and we just walk through. Both of us have sought God’s will in our lives every step of the way.”

The Gaultneys main focus in Nigeria was running the local hospital, Eku Baptist Hospital. It started as a very small hospital but it grew to be a teaching hospital. He was the business manager and director of the clinical lab. He was also a liaison to the churches around the hospital.

While Jerry worked at the hospital, Virginia raised and taught their four children. In the afternoons, she taught at the local high school and sometimes the college.

“One of the things missionary families often have trouble with is their children,” Virginia said. “But never a day the whole time we were overseas did our children express displeasure or that they weren’t having fun. The three boys were born there and it’s all they knew. They never expressed that they were unhappy in Nigeria so we were blessed with that.”

Both earned masters’ degrees from Baylor University in 1957 – Jerry in biology and Virginia in history. They both eventually earned PhDs.

After 66 years of marriage, the Gaultneys have learned that one of the greatest gifts is talking to each other and working together. They continue to seek God’s will for their lives and said they believe their new home, Buckner Villas in Austin, is exactly where he wants them.

The pair, who is still madly in love, is often sighted walking around the community holding hands. After a lifetime of weathering storms, trials and joys together, they said they chose wisely when it came to a marriage partner and enjoy each other’s company more than ever.

“Both of us have sought God’s will in our lives every step of the way,” Jerry said. “God has blessed us tremendously. We know that. We love him and we love each other.”