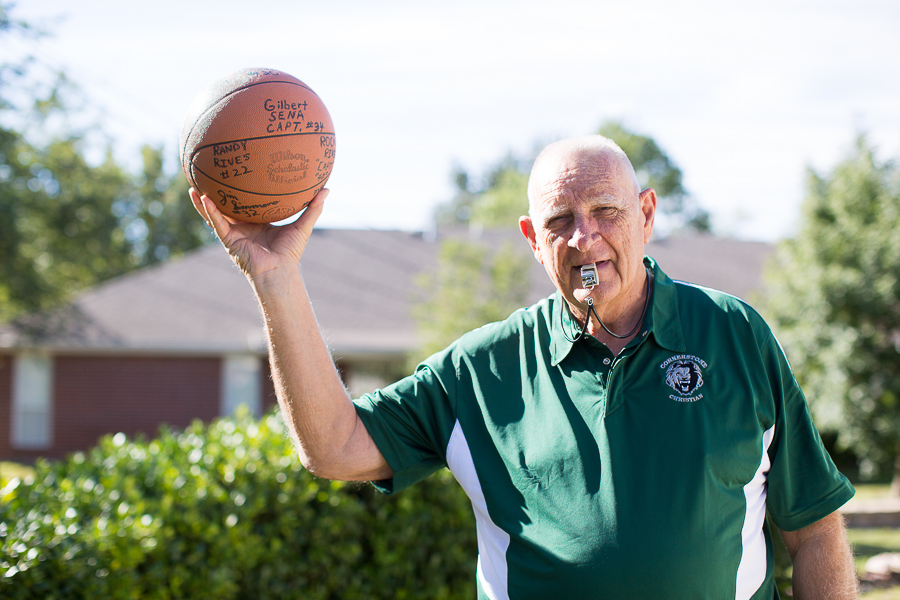 At 80 years old, Arlen White is proving that life doesn’t stop once you move to a retirement community. White, who resides at Baptist Retirement Community in San Angelo, is still just as active as he was when he was younger.

“I think the Master never said in anything I’ve read that when you reach 65, 75 or 80, you folks just sit in that rocking chair and reminisce,” White said. “I think he said you’re supposed to be doing his business and so I hope in a small way that everything I do is about him and that I honor him with my presence.”

When White first moved to Baptist Retirement Community, he was retired from teaching and coaching basketball. He was still active in his volunteer work for Texas Baptist Men doing aid relief, but he missed coaching.

A friend encouraged him to get back into coaching since he missed it so much. White was skeptical anyone would hire a 78-year-old to coach their basketball team, but resolved to apply if he heard of a vacant position.

About a week later, White’s friend called him and told him Cornerstone Christian School was hiring a basketball coach. White applied, was offered the job and has been coaching for them for the last two years.

“This year I told [the superintendent], ‘You know, I’ll be 80 next month, and y’all will probably look at finding someone younger, you know, and that won’t hurt my feelings.’ He said, ‘Oh, no, you relate to the kids better than anyone we’ve got.’ So I think that’s a plus on my side – I can still relate to kids, I can still love them, and I think they recognize that,” White said.

As a child, White thought he would become a rancher, but he was greatly influenced by not only his father, who loves sports, but his high school and college coaches as well.

“I wanted to be a coach because of their relationship to me,” White said. “And I wanted to serve kids and teach them something.”

When it comes to coaching, White hopes he is a positive influence, building relationships with his athletes and teaching them how to recognize right and wrong, to follow the rules and realize there are consequences for actions. Most importantly, he strives to maintain those practices in his own life so he can be a role model.

“I hope they say I am fair, honest, I loved the Lord and was a God-fearing man,” White said. “I hope I have done that. That is still my goal in coaching now. I want people not to see Arlen White, but to see Jesus Christ in me.”

White is grateful he is still able to do what he loves and has no intention of quitting.

“How long can I go? I don’t know,” White said. “The Lord knows and when he gets ready for me to quit, I guess he will call me home. But anyway, I just don’t believe the Lord intended for us to sit back and do nothing.”