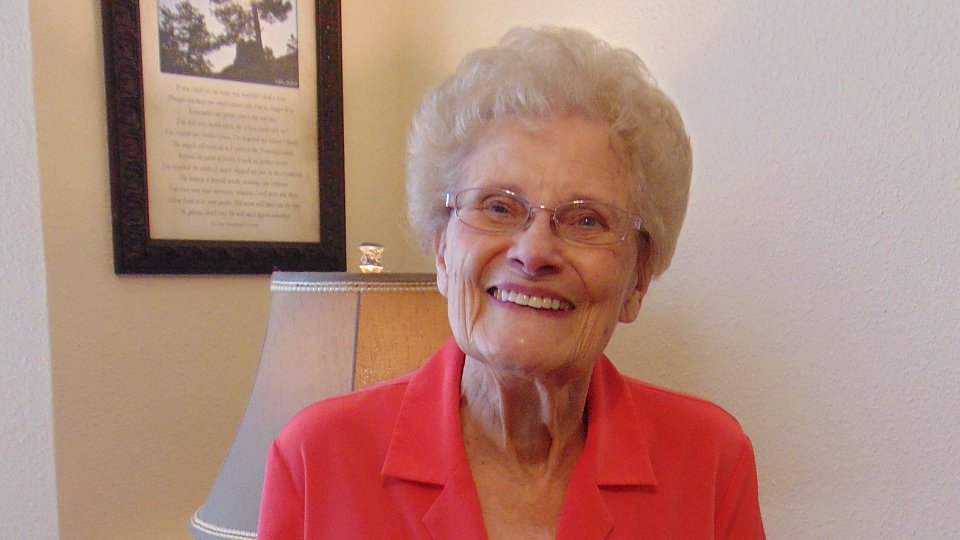 The newest residents at Calder Woods are finding hope after Hurricane Harvey.

Monroe and Helen Scurlock lost their home in Bevil Oaks when it flooded after the storm dumped nearly 60 inches of rain in late August. Barbara Tisdale’s home in Bridge City also flooded, but fortunately she had just moved to her new apartment at Calder Woods the month before.

“I give God the glory for helping me find my new home here,” Barbara said. “My home flooded after Hurricane Ike in 2008. God gave me a nudge that I needed to move before something happened again.”

The Scurlocks watched as the water started to flood the streets in their neighborhood in Bevil Oaks west of Beaumont on August 28. They evacuated their home and went to their daughter’s home in Fannett, only to be evacuated again—this time by air boat.

“Even though we lost our house and all of our possessions, we are blessed because we still have our faith in God, our health and each other,” Helen said. “We also found a new home at Calder Woods. We’re so happy here and feel safe and secure.”

Monroe and Helen first met at Bevil Oaks Baptist Church when they were married to different spouses. After both were widowed, they married and will soon mark their 21st wedding anniversary together.

Monroe retired from Sun Oil after working as a supervisor there for 50 years. Helen worked as an accountant in banking.

As a teenager and young man, Monroe was a champion water skier and performed in special shows all over the country. Now many years later at the age of 95, he was sad to lose many of his trophies in the flood.  They managed to save just two they found buried amid the debris outside their house.

“My wife used to ride on my shoulders as we did tricks in the ski shows,” Monroe remembers.

“That was his first wife,” Helen adds. “You wouldn’t have seen me doing that.”

Meanwhile, Barbara continues to thank God every day for leading her to Calder Woods.

“The Lord got me out of there just in time,” she said. “I had been considering this a long time. My home was too much to keep up and I’m so glad I’m here now.”